Florence the city of Art “par excellence”, crib of the Renaissance, is easily accessible by car, train (raylwaystation Figline Valdarno) or bus. Also short is the distance by motorway to other cities such as Siena and Arezzo, the Chianti hills, and the most renowned fashion outlet such as Gucci, The Mall, Prada and Fashion Groove.


Outskirts
A road, the Setteponti one – Unesco patrimony –, moving 300 meters high on the slopes of Pratomagno, along which human being left imprinted for ever his art, faith and history, surrounded by nature, the most evocative of Italy. This Roman way "Cassia Vetus", linking Arezzo to Fiesole, shows a historical example of the so-called road-revolution of the thirteenth century, which allowed the connection between the reality of Pratomagno foothills with the valleys of the Valdarno cities.

Leaving the gate of the Resort La Pietra Piana, and leaning to the left you can climb through a forest of chestnut and oak trees, up to 1000 meters and more of the Pratomagno mountains, the beech and fir trees of Vallombrosa and its renomated Benedictine Abbey. While moving to the right, down Reggello you will appreciate the Romanesque church of S. Pietro a Cascia with "Triptych of St. Juvenal," one of the major works of Masaccio.

You then reach Pian di Sco, with its Romanesque church dating back to 1008, between columns with figured capitals, a fresco by Paolo Schiavo with Madonna and Child Enthroned in 1400.

Castelfranco-di-Sopra (designed by Arnolfo di Cambio), means as one of three "New Lands" built by the Florentine Republic, which maintains a certain ancient urban structure typical of these fortifications. To be observed: the “Bell-door” at the entrance of the village and the town hall, with crests of the various vicars who ruled the castle for centuries since 1300. Also, the churches of St. Philip and St. Michael in the Baroque style. Under the ridge of Pratomagno, the village of Pulicciano (600 mt. high) with breathtaking view over the valley of the Arno. Near Castelfranco the Abbey of St. Salvatore at Soffena, built in 1000 on an old castle, contains beautiful frescoes by Paolo and Giovanni di Ser Giovanni Schiavo brother of Masaccio.

Continuing towards Arezzo in locality Piantravigne you cross the extraordinary – unique in the world - landscape of the crags (“Balze”) of acquazolfina, coming from erosion of the hills of a prehistoric lake and forming rockstructures like spiers. The area extends across the Valdarno Pratomagno including the towns of Terranova Bracciolini, Pian di Scò, Castelfranco di Sopra and Loro Ciuffenna.

From the hills of the Roman town of Loro Ciuffenna there are beautiful walks towards the Pratomagno, with its woods and meadows 1.600 meters above sea level, where you can admire the stunning sunsets slopes on Casentino and Valdarno valley far out to the sea on the horizon, and often to the snow-capped peaks of Abetone. Outside the village of Ciuffenna you will meet Gropina with the Romanesque church of S. Peter among the most evocative of Italy.

Still other Romanesque and medieval villages with their churches: San Giustino Valdarno, "Borro", Laterina with its high walls and the church of S. Ippolito and Cassiano of 1400. Again, the medieval castle of Castiglione Fibocchi, with the ruins of the church of San Quirico belonging to the early Christian period.

The tour ends in Ponte Buriano, which refers to a famous Roman bridge over the Arno of the thirteenth century, painted by Leonardo da Vinci, who in the 5th century made this same journey of ours in order to study the course of the Arno and the crags, which he described as "deep sawdust of the rivers."

But this is another history… that of the landscape of the “Balze” which lies as background to the most famous portrait of “Monnalisa”!

How to Reach us

By car: from Bologna or Rome A1 exit Reggello/Incisa, turn right, follow signs for Reggello-Pietrapiana

By train: Florence-Figline Valdarno and then Coach 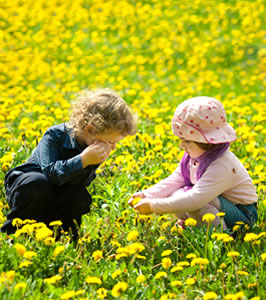